Famous People Who Have Used Hypnosis

Bruce Willis – Walter Bruce Willis (born March 19, 1955) is a German-born American actor and singer. He came to fame in the late 1980s and has since retained a career as both a Hollywood leading man and a supporting actor. Being the leading actor in some of the greatest action movies Bruce Willis has had stuttering problems throughout his youth and was always scared it would affect his acting career. Fortunately he successfully overcame it.

Tiger Woods – Tiger Woods (born Eldrick Tiger Woods, December 30, 1975) is an American professional golfer whose achievements to date rank him among the most successful golfers of all time. Tiger Woods had stuttering problems at childhood but he overcame it through hard work and practice. He admitted doing everything possible to conquer his speech disorder including talking to his dog until he would fall asleep.

Julia Roberts – Academy Award-winning actress. Julia Fiona Roberts (born October 28, 1967) is an Academy Award winning American film actress and former fashion model. Roberts has become the highest paid actress in the world, topping the annual power list of top earning female stars for four consecutive years. Julia Roberts admitted the fact that she stuttered when she was younger, but she now speaks fluidly and is a respected actress.

Mel Tillis – (born Lonnie Melvin Tillis August 8, 1932) is an American country music singer and songwriter. He was inducted into the Country Music Hall of Fame and received the lifetime achievement award in 2007. He has also been inducted into the Grand Ole Opry. Tillis and his band, the Statesiders, released such hits as ?I Ain?t Never,? ?Good Woman Blues,? and ?I Believe in You.? His stutter developed during his childhood, a result of a bout of malaria.

They all used sports hypnosis!

To say that sports hypnosis is starting to go mainstream is a bit of an understatement. Sports hypnosis has actually been used by athletes for many decades. For example, the Russian Olympic team took 11 hypnotists with them to the 1956 Olympic Games in Melbourne.

Famous People Who Have Used Hypnosis For Career Success

Carl Jung and Sigmund Freud developed modern psychiatry as a result of learning about and practicing hypnosis.

Albert Einstein (1879-1955) physicist – was known to go into a trance through self-hypnosis every afternoon. His theory of relativity came to him during one of these sessions. He also used trance states to develop his ideas.

Rachmaninov (1873-1943) reputedly composed one of his concertos following a post-hypnotic suggestion.

Sir Winston Churchill used post-hypnotic suggestions in order to stay awake and carry out his duties as Prime Minister during WWII. 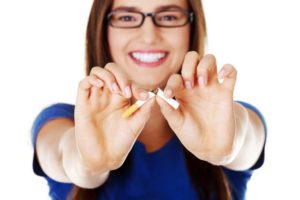 And… you might ask yourself, what do all these people have in common? 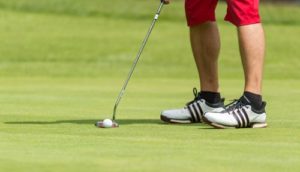 They all used sports hypnosis!

Celebrities Who Have Used Hypnosis For Personal Improvement

Martha Stewart underwent hypnosis for recurring nightmares and was able to overcome them.

Sylvester Stallone worked with the famous hypnotherapist Gil Boyne while filming Rocky in 1975.

Hollywood actor Aaron Eckhart has credited hypnosis with changing his life forever after he used the practice to give up smoking and alcohol.

Adele used a hypnotherapist to help her lose weight.

Kevin Costner flew his personal hypnotist to Hawaii to cure his seasickness.

Jackie Kennedy Onassis used hypnotherapy to relive and let go of tragic events in her life.

According to the Cambridge Times web site, the 38-year-old actress said that years of being told she was too fat or short for Hollywood roles had taken their toll on her self esteem, so she turned to hypnosis for a confidence boost before taking on the role of Cheryl Strayed in ‘Wild’.